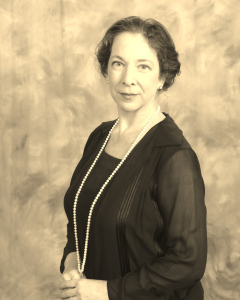 Grace Coolidge endeared herself to Americans and was thought of by many to be her husband’s greatest asset. Known for her ability to carry on a conversation, her fashion sense, her love of baseball and her lifelong support of the deaf, Mrs. Coolidge was a true complement to President Coolidge’s stoic personality. Her warmth let others see a different side of her husband Calvin Coolidge. It was her brilliant laugh which first endeared her to him, and her charm would bolster him through many uncomfortable moments as he made his climb up the political ladder. Though she was not inclined to involve herself in politics, Calvin wrote of her role as First Lady: “The public little understands the very exacting duties that she must perform, and the restrictive life that she must lead.” She accepted honorary presidency of the Girl Scouts and was a lifelong supporter of the Red Cross and Clarke School for the Deaf. She also became a regular visitor to the Walter Read hospital ward for disabled veterans. It is interesting to note that Grace Goodhue Coolidge was the first “First Lady” to have held a job before her husband became President. When she met Calvin, she was employed as a lip reading instructor at the Clarke School for the Deaf in Northampton, MA.

A writer said of Calvin Coolidge: “One flag, one country, one conscience, one wife, and never more than three words will do him all his life.” A visit with his Grace Coolidge lets the audience in to see the lighter side of “Silent Cal,” to delight in the loving and supportive relationship that existed between these two completely different but mutually devoted people.

“Daily I am impressed anew by the responsibility and opportunity which has been given me in coming to this wonderful old mansion. I no sense does it overwhelm me, rather does it inspire me … I am so filled with the desire to measure up to this God-Given task that I can almost feel strength poured into me…” Grace Coolidge